What If All Is Well? 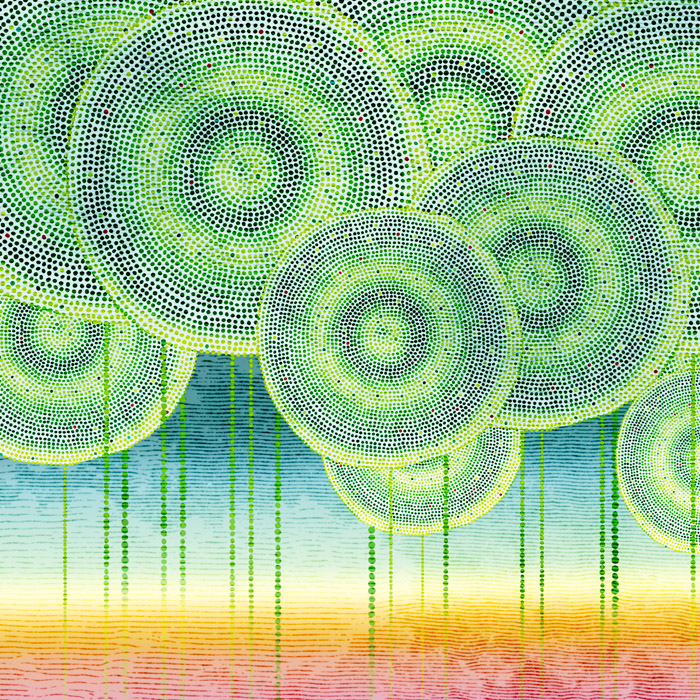 Have you ever tried to catch that moment of pure awareness before the mind jumps in and names something? Sometimes when I’m sitting with my tea in the morning, looking at the objects on my kitchen table, I wish I could remember what it was like before all those objects separated themselves out from oneness in my mind and became cup, placemat, bowl, book, candle.

I remember once waking up from a deep sleep and lying in the dark, unable to remember what my name was supposed to be or who I was in this lifetime. It wasn’t frightening—more like a welcome respite from the intense focus of being a particular personality in physical life. Within a few seconds it all came back to me and I rolled over and went back to sleep.

Lately I’ve been very aware of how quickly the mind, the ego-thinking apparatus, jumps in with an interpretation of an event the second it occurs. It’s instantaneous—so much so that the event itself seems to be causing a feeling, when the truth is that the feeling is being caused by the thoughts that have arisen with the event. These are thoughts about which we have a choice, but often it doesn’t seem that way.

Separating the actual event from the thoughts that are automatically arising with it is my goal lately. There is, heaven knows, a lot of fear-mongering going on right now, a lot of identification with fearful thinking. When we identify with a negative thought, a painful, anxious, worried thought—when we believe it—that’s when it gains the power to create within our reality experience. We are choosing to manifest it when we choose to believe it.

So, to me, it seems infinitely worthwhile, if I want to avoid haphazard, chaotic reality-creation, to understand the process by which thinking gets me to identify with fear, in relation to an event that in and of itself is neutral.

We mistake our automatic negative reactions to an event, and the stories that cause them, for reality. In truth the event may be positive in terms of its ultimate meaning. The idea that everything happens, as ACIM says, for our good—not as in “this is for your own good, it’ll hurt me more than it hurts you”—but truly for our happiness, is something I’ve never quite believed, even though I’ve seen in hindsight that it’s probably true.  But to view all events as positive, the way Byron Katie does when she says, “Nothing terrible has ever happened except in our thinking. Reality is always good, even in situations that seem like nightmares. The story we tell is the only nightmare that we have lived.”—that degree of surrender has felt like quite a stretch lately.

This seems to be shifting, however. Here’s a teeny-tiny example of how. At the end of a long and somewhat stressful week, last week, I looked at my bank statement online and discovered that I was being charged full price for my Y membership. I have health insurance that usually pays for my membership, but somehow it had reverted. Just one more thing, right? One more thing I have to go and take care of on Monday. And what if I was mistaken and I no longer get the discount? Should I quit the Y? Not a ton of stories began proliferating, but enough that I wasn’t interpreting this potential overcharge positively, nor was I looking forward to going to the Y to check it out. After all, I haven’t used the Y in almost a year, so I have to factor in the embarrassment of paying for something I’m not currently using, as though anybody there cares.

But then I thought—what if I’m mistaken and this is in truth a positive event in some way that I can’t anticipate just yet? What if it will actually be fun? What if the overcharge is, in some way, for my good, for my joy? And when I went to the Y on Monday to take care of it, it was an entirely positive, friendly, and delightful experience, in which the error was corrected. The correction of the error was almost besides the point because my interactions with the people there were so delightful.

What if Byron Katie is speaking the truth and all events actually ARE good? What if we have been so sucked into our automatic defensive interpretations that we can’t see the truth right in front of our eyes, and because of our fearful stories, we’re creating and recreating a negative experience?

We have some deeply embedded ways of perceiving here in human life. Back in the early 90s, I was experiencing enduring heartbreak over a relationship in which I was totally invested, but which I had apparently lost. It was so painful that I was driven to deeply examine my own beliefs in an attempt to find relief from the mental torment. What I learned was that I believed that I needed to be in this relationship, or in a relationship, in order to be happy. When I questioned that belief, it shocked me to see that perhaps this wasn’t true. I was able to fully entertain the liberating belief that I, in fact, did not need to be in this or any other relationship in order to be happy. This wasn’t an intellectual concept, it was a deep understanding of truth. Shortly after I experienced this realization, the relationship was healed as well.

So, something happens—a health situation, a political situation, an environmental situation, a financial situation—something happens. Can we create a space between the event itself and the ego’s knee-jerk interpretation of it? Can I find a way to say “yes” to what is, before the stories begin to proliferate? Maybe not right away. But I believe I can at least notice when there is a negative story associated with an event and remember that it is my choice to believe it or not.

As always, Abraham Hicks says it simply: “Nothing needs to be fixed. Everything is unfolding perfectly. So when you stand in your now accepting that all is well, then from that vibration, you become surrounded by more and more evidence that all is well. But when you’re convinced that things are broken, that there is pollution, or that things have gone wrong, or that the government is doing conspiracies… then what happens is you get caught up in that vibration, and you begin to manifest that kind of stuff, and then you say, “See, I told you that things were going wrong.”