The Gatekeeper and Urban Sprawl 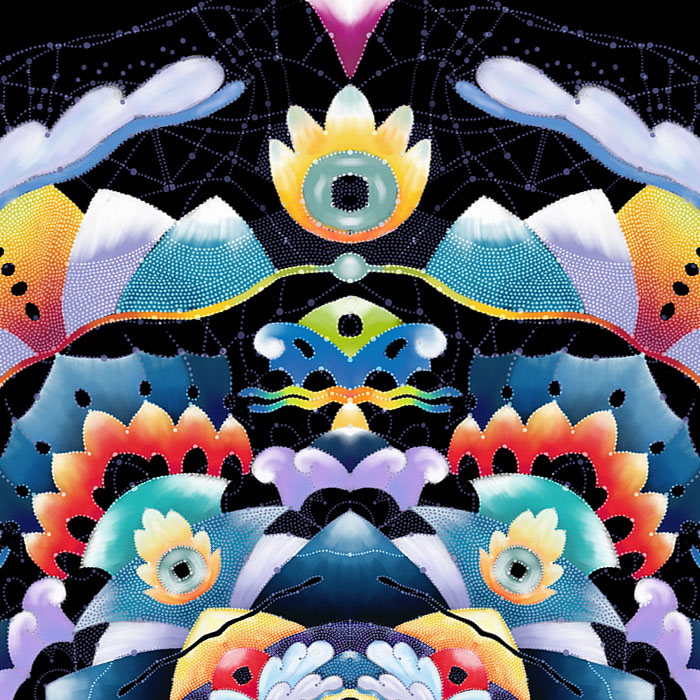 I have had an inconsistent, but persistent, meditation practice for a lot of years now. So far I haven’t experienced any dramatic visions of light or revelation while I’m sitting, although I do often gain insight into my current life situations, whatever they may be. And I have definitely experienced accelerations in physical healing.

But what I mainly experience is the relief of the slowing and quieting of the mind. As the years have passed, the time it takes for my mind to quiet down and become attentive to the breath has grown shorter, and the mind chatter itself has become more transparent and workable.

Another good thing has begun to happen lately, and that is that I am more prone to notice when a discordant note has entered my mental stream during the day, off the cushion. It’s a little like being an orchestra conductor and being able to hear that somebody is out of tune. Because my mind is, on the whole, less noisy, I can more readily sense the presence of a disturbance.

It’s like having a gatekeeper who is alert to intruders—or a filter that filters out undesirable mental factors. I feel that because of my years of steady, plodding, often reluctant practice on the cushion, my filter has become finer, my gatekeeper more alert and astute. Not infallible, but more discerning.

It all boils down to the simple awareness that Byron Katie expresses so clearly: “If a thought hurts, it isn’t true.” Or, as A Course in Miracles says, “Nothing real can be threatened. Nothing unreal exists.”

The forces of the ego, the human mind, the physically focused mind, are predicated upon the belief that there is causality in matter, outside of mind. In other words, the ego is designed to keep the illusion of the physical plane real-seeming. That’s its job. Just as it’s the job of the character in a video game to take seriously the battles placed before it and not decide to say, “This is nuts. I’m outta here,” it’s the ego’s job to believe in the reality of the dream, and take at face value the threats it encounters.

On the other hand, it’s our job, as the indwelling soul or entity, to attempt to decrease the level of our human suffering and disconnection by expanding the ego’s experience of reality.

The ego, in a sense, is like artificial intelligence. It can be programmed to learn to deduce outside of its own experience. It can receive packages of information that give it an expanded level of understanding.

We, are not the ego. The ego is the swarm of reactive thought-forms and conditioned beliefs that create a sense of self, centered around a body. The ego is the ongoing story of the character you are playing in this game. And it wants to continue its existence. Yet it always feels, somehow, incomplete. This is because it senses its own temporary, fictional nature as a body.

It believes that the only way to continue its existence is to find something to add to itself to make it feel complete, or to resist anything that threatens it with loss.

The idea of surrender is completely alien to it, because surrender is anathema to the fundamental illusion of the game—that we are victims of physical reality. It’s no accident that most video games have “me against the world” as their basic storyline. They are appealing to the egoic awareness.

Here’s a simple example from my own life: I recently learned that at the end of our already fairly busy street, the city is planning to sell 50 acres of public park land (said park being one of the reasons we moved here over 20 years ago) to a developer, to build 400 units of high-density housing with options for retail development.

It’s been interesting to watch my mind as it tries to find ways to deal with this information. Admittedly, this is a first world problem, when many people don’t have clean water, basic rights, peace, or enough food, but bear with me.

The first thing that happened was a revving up of the engine of resistance. Immediately the forces of fear-and-preoccupation began spinning stories and movies in my mind of how awful this would be and what it would cause me to lose, and not only me, but my neighbors and all the wildlife dependent upon that 50 acres of land.

It didn’t take long, however, for my gatekeeper to try and restore order by creating a bit of distance between me and the revving up of the ego-engine. Good gatekeeper! However, it was a bit of a battle.

My neighbors and I wrote letters and attended meetings and registered our displeasure, but so far none of this has made any difference and perhaps it never will. Still, my mind was playing movies at odd hours, about traffic and congestion and the various losses that might occur.

And then, one day as I was driving home from work, the gatekeeper suddenly found an opening and restored equanimity. It reminded me that in all lives, degrees of discomfort occur at times and that the key to transformation lay in surrender. That there may be unknown wonderful aspects to this situation and that all such occurrences contain an opportunity for the expansion of consciousness.

Now, the ego hates this kind of thinking. It hates the very idea of surrender, and its ace in the hole is to bring up the holocaust or various other horrendous situations and remind you of the importance of resistance. This is akin to when your mother used to say, “If your friends all decided to jump off a bridge, would you do it too?” There must be a name for this kind of hyperbolic argument but I don’t know what it is.

However, in this case I’d already tasted the sweetness of surrender. And I knew from experience that until I actively choose to stop resisting what’s happening in the present moment, nothing can change. What we resist, persists.

When there is the playing out of a so-called negative manifestation, the ego will always take it as an opportunity to try to hook the awareness into fear and preoccupation. It will seize upon any opportunity to make the dream real and turn it into a nightmare. That’s its job.

Surrender is an acknowledging of the very momentum that created the situation in the first place, and a refusal to fuel that momentum by resisting it. So the first move is to wave an inner white flag and say, “I don’t want to fight.”

Then, surrender says, “I don’t know what this means and I won’t act without knowing.” It’s a stopping, quieting, waiting, listening. Within surrender, there is patience, inspiration, and acceptance—a sort of calm abiding and trust.

It’s a refusal to allow the mind to dwell upon negative aspects, or to compare the present situation with an imaginary past or future situation. It’s an accepting of the challenge, moment to moment, with the intention of finding a way to appreciate it.

This type of approach has worked for me over and over in this life. It seems to transform not only my inner landscape but on many occasions it actually changes the physical manifestation. It’s like a way of putting in the clutch and shifting probabilities. It is a magical approach to change.

The magic of deep acceptance and surrender is that when you stop resisting a situation, you shift probabilities. Resistance to what is, is what keeps the current probability in place. As we fight it, it becomes more entrenched, more real, and draws power from the fight.

Surrender, no matter how counterintuitive it may seem, creates inner quiet, which then begins to draw to itself or create for itself, a change in manifestation. As you appreciate what is, you, the creator of experience, are transformed and ultimately, eventually, so is the outer world. And if not the outer world, then certainly your experience of it.